Computational models are used everywhere, from games to movies—e.g., special effects, animations—and deformations are the basic tool for animating objects, so we focus on a particular aspect of the vast morphing research field. In particular, movies are created with a technique called key-frame animation, where animators deform meshes from one point in time to another, and the transition should be smooth.

The big question is: at least approximately, could we transport deformations from a mesh to a different one? In other words, given a mesh with two key-frames (so a deformation), can we deform a target mesh to recreate that same animation? A naive answer is, yes. But let’s take the following example in just two dimensions.

Take the first two shapes constituted by four triangles: we have our key-frames for the animation. We can compute the deformation between the two shapes, and then we could, in theory at least, apply it to the third mesh, the target “kite” mesh. The result it what you see.

We’re dealing with triangles, everything should work just fine, except it does not work at all even in the plane: the resulting triangles for the deformed kite overlap. Copy and pasting animations is not easy as it might seem. We are approaching this by employing different technologies, from Finite Element Methods (FEM) to 3D animation engines, like Blender. 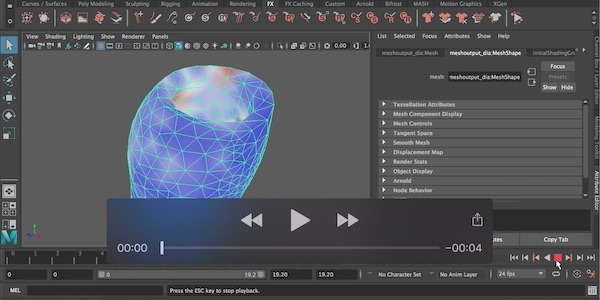 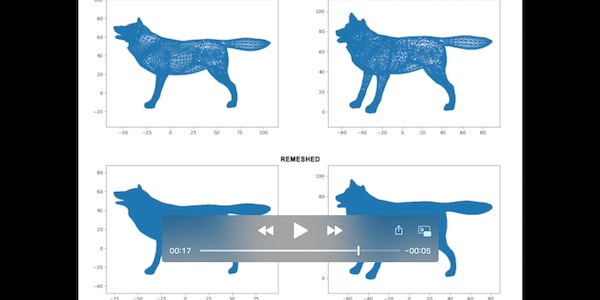 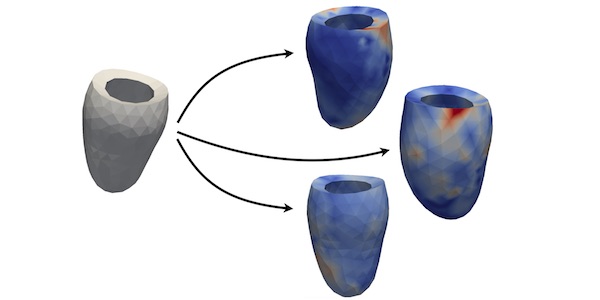